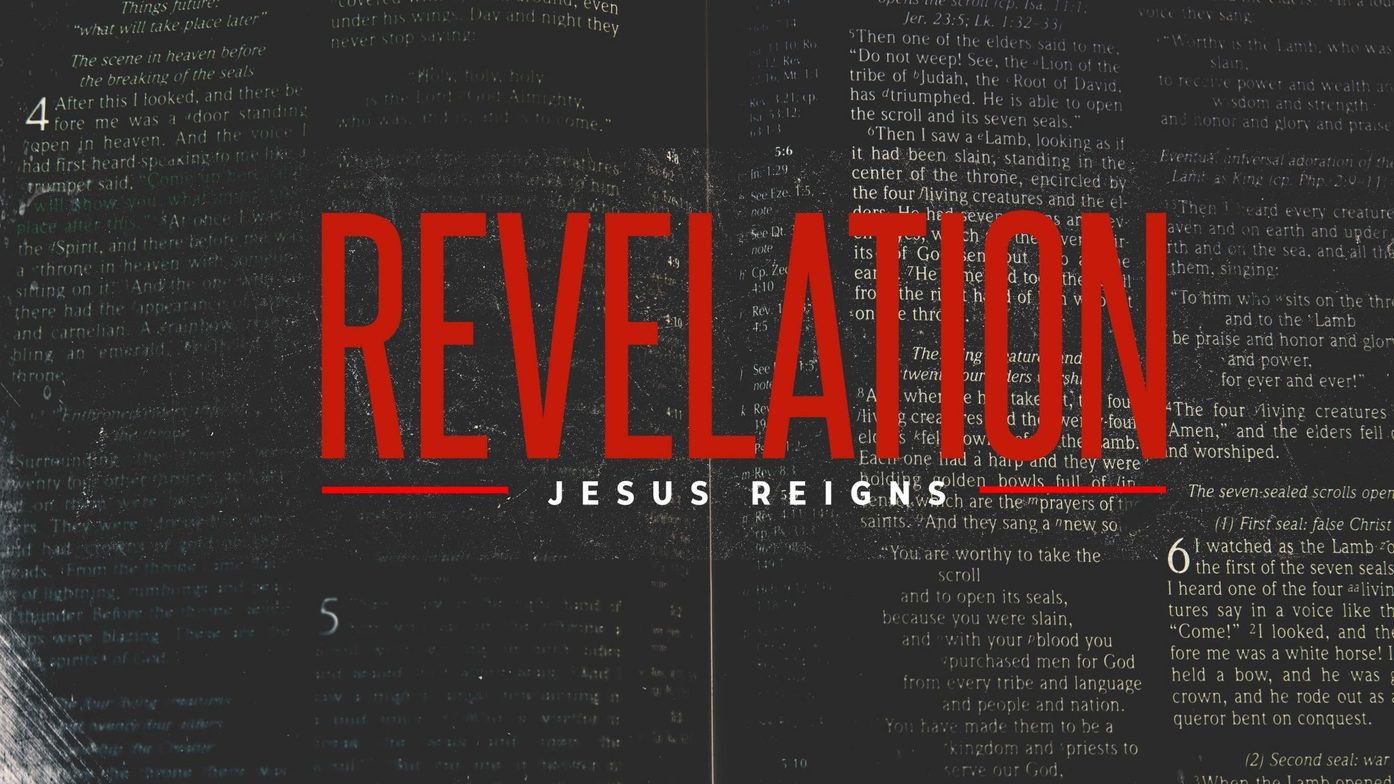 So you’ve been listening to the sermons in our Revelation series and maybe you’re starting to ask, where is the rapture in the book of Revelation? The short answer is, nowhere. The rapture is nowhere to be found in the book of Revelation. We can look all day long, but we won’t find it. As we have been studying the book of Revelation, we have seen how life on earth is filled with tribulation. John, the writer, even began the letter by describing himself as “your brother and partner in the tribulation and the kingdom and the patient endurance that are in Jesus…” (Revelation 1:9). He was saying right up front that there is a lot of tribulation we go through as members of God’s kingdom, and it requires a patient endurance, a faithfulness to Jesus through it all. The book then describes persecution, suffering, and ongoing evils and judgments that take place on earth until Christ returns in the end, vindicating His people, executing the final judgment and bringing in our eternal hope of the new heavens and new earth. That return of Christ is described multiple times with multiple images, like the opening of the 7th seal in 8:1, the blowing of the final trumpet in 11:15, the pouring out of the 7th bowl in 16:17 and the rider on the white horse in Revelation 19.
So, where is the rapture?  The event where Jesus secretly removes the church from the earth while tribulation takes place here for all who are “left behind?”  Again, it’s not in there.  Those who teach that type of rapture acknowledge it is not mentioned in Revelation, but would tell you that it happens prior to chapter 4 where John gets a view of the heavenly throne room.  That belief will also tell you to interpret the rest of the book of Revelation in a chronological timeline of events to happen in the way distant future from the 1st Century readers, and possibly the distant future for us as well.  That interpretation of Revelation however, did not come about in church history until the 1800’s and the rise of Dispensationalism, a school of thought that teaches the church and Israel are two distinct peoples with two distinct plans.  Thus they teach God must “rapture” his church off the earth to complete his plans with the nation of Israel.  This post will not go into the issues with that teaching.
Instead, we will shed light on the passages of Scripture that people use to teach a secret rapture, and we will see that the Bible actually does not teach a 2 part return of Jesus with a secret event and then a final event, but rather one loud and final victorious event!
1 Thessalonians 4:15-17
“For this we declare to you by a word from the Lord, that we who are alive, who are left until the coming of the Lord, will not precede those who have fallen asleep (died). For the Lord himself will descend from heaven with a cry of command, with the voice of an archangel, and with the sound of the trumpet of God.  And the dead in Christ will rise first.  Then we who are alive, who are left, will be caught up together with them in the clouds to meet the Lord in the air, and so we will always be with the Lord.”
Paul wrote this letter to encourage the Christians who were afraid that they already missed the return of Christ.  They were confused about the end, and what happens to people who had died already before Jesus returns. Paul is answering those questions.
The phrase “caught up” would seem to be the clearest indication of a rapture, an event where Christ returns and we meet him in the air.  But is Paul talking about a secret event whereby Christians are taken away into heaven until another return?  Nothing about this text sounds secret.  A “cry of command” and the “sound of the trumpet.”  Sounds like a loud event.  The dead in Christ rise with resurrected bodies, and those still living rise and we meet the Lord in the air.

Now when we meet him, the truth is there will need to be a U-turn.  Either Christ, who has “descended” makes a U-turn and ascends back up to heaven with us for a time until he would descend yet again, (thus having 2 separate returns of Christ?) or we make a U-turn and usher him to the earth for his final coming to bring the final judgment and usher in eternity where we will “always be with the Lord.”  Which is it?  I believe we make the U-turn.  Here’s why:  the phrase in vs 15 “coming of the Lord” comes from the Greek word parousia. Every time Paul used that word (1 Thessalonians 2:19; 3:13; 5:23, 2 Thessalonians 2:1, 8) it refers to a visible return of Christ and our final hope in that day.  Also, in 4:17, when it says we will “meet” the Lord in the air, that word “meet” in Greek is “apantesis” which was used to describe how when a dignitary was making an official visit to a city, citizens of that city would go out to “meet” him and escort him into the city in a procession.  They would go out, do a U-turn, and usher him back in.  That seems to be what Paul is using to describe how we will meet Christ and usher Him in.

So we can see that 1 Thessalonians 4 is not teaching a secret rapture, but rather a comforting word that when Jesus returns, nobody will miss it, the dead in Christ and the living, will rise to meet Jesus in the air and usher him in together and we will always be with him! Okay, but what about us being changed in the twinkling of an eye? Good question.
1 Corinthians 15:51-52
“Behold! I tell you a mystery. We shall not all sleep, but we shall all be changed, in a moment, in the twinkling of an eye, at the last trumpet. For the trumpet will sound, and the dead will be raised imperishable, and we shall be changed.”
Notice again the sound of a trumpet, that doesn’t sound very secret.  It also aligns with John’s vision in Revelation of the 7th and last trumpet being sounded for the return of Christ.  Here in 1 Corinthians 15 Paul is describing that when that last trumpet sounds, just like Christ was raised from the dead with an imperishable body, so all of us, those who died, and those who are still on earth at his return, our bodies will be changed to no longer decay, ache, break down, be vulnerable to viruses or need glasses.  In that moment, when the trumpet sounds and Christ returns, we will be changed forever!  What a glorious day that will be!
Okay, but what about the left behind verses?  Another good question.
Matthew 24:40-42
“Then two men will be in the field; one will be taken and one left. Two women will be grinding at the mill; one will be taken and one left. Therefore, stay awake, for you do not know on what day your Lord is coming.”
In that chapter Jesus was teaching his disciples about his final return. He describes it in verses 37-39 by comparing it to the days of Noah, how people were just living life and then the flood came. That flood was his judgment on a rebellious world, meanwhile by His grace, God spared Noah and His family. The ones who were taken away in Noah’s day received God’s wrath and judgment and the ones left behind were spared. So when Jesus says that at His return, one will be taken, one will be left, the ones taken would be taken in judgment, and the ones left would be spared from the final judgment and wrath because we are covered by His grace. This is consistent within that context, and is similar to other biblical passages that explain being taken or left. The ones taken are always taken away in judgment, and the ones left are spared, not the other way around. (See Isaiah 4:2-4; Zephaniah 3:11-12; Matthew 13:41-43; 24:38-39)
So, when we put these together, we see a consistent promise that Jesus Christ will one day return in a final judgment and remove all sin, evil and death from the earth, and we who trust in Christ will live with him forever in what Revelation 21 describes as a new heaven and a new earth, “the dwelling place of God is with man. He will dwell with them and they will be his people and God himself will be with them as their God. He will wipe away every tear from their eyes, and death shall be no more, neither shall there be mourning nor crying nor pain anymore, for the former things have passed away.” We need not be confused about speculative timelines, nor do we need to fear. Rather, let us encourage each other in His promise, and let us live every day for His glory and the hope of the world that many more may come to know and follow Jesus our King with us.
For further study, please see this article from the Gospel Coalition:
thegospelcoalition.org/essay/the-rapture-question
For questions or comments, please email Pastor Steve Miller at steve@rchomestead.org
Tweet

Jul 3
Joy in our Humility